How Yoga Helped Me Prepare and Recover from Open Heart Surgery 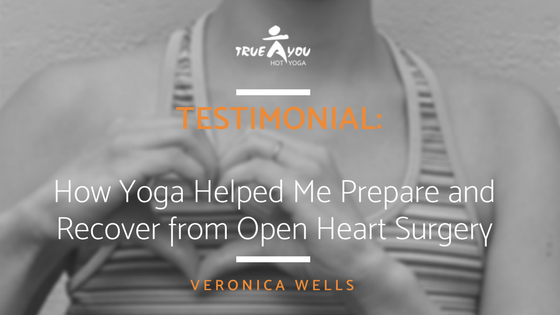 I started Bikram Yoga after moving to Stockton in August 2010. But it took me about six months to become completely dedicated to this practice. In January I signed up for the studio's 60 Day Challenge, started attending class at least 6 days a week and gave up running. I haven't look back.

I used to be a fitness instructor, so I've tried a lot of different exercise programs. I have never found anything more effective than Bikram Yoga. The magic of Bikram Yoga is that it's more than just a workout. Not only have I eliminated my minor back pain and gotten definition in my abdominals (which I never thought possible), but I am also a better person. In the studio I sweat, I breathe, I stare at myself in the mirror, and I let go of all my stress, worry and tension.

We all bring baggage to our yoga practice - both physical and emotional. Yoga gives us the opportunity to confront and accept this baggage. When I was six days old, I had a life-saving open-heart operation in which a surgeon repaired one of my heart valves that wasn't allowing blood to flow properly. The surgery was successful and I lived a relatively normal life until April 2011 when I received some bad new from my cardiologist. After 26 years, my valve was now too "leaky"- meaning the valve wasn't properly transporting blood and my right ventricle was severely dilated. Even though I felt fine and was able to do as much yoga as I wanted, the doctor said that I needed a valve transplant surgery in the next three to four months.

My heart defect was major baggage. I felt quite helpless and scared for my life and my future. Nevertheless, I realized that while I couldn't control the fact that I was born with a defective heart valve, I could control how I reacted to facing another open-heart surgery. I continued my yoga practice with a renewed fervor- to become the healthiest and strongest I could possibly be so that the surgeons could operate effectively and so that I could rapidly recover. It was scary to stare at myself in the mirror during yoga class while thinking about the imminent surgery, but at the same time it helped me to accept and prepare for it mentally.

I am thrilled to say the surgeons successfully replaced my tired valve with a fully functional pig valve. Recovery was mentally and physically rough, but not nearly as bad as I expected. I truly believe that all the yoga that I had accrued in my body prior to surgery paid off tenfold. Even though I was still in quite a bit of pain, I was able to return to yoga about 6 weeks after the surgery. It was like coming back to an old friend. I tried to approach my practice from a place of patience - not being attached to what my body was able to do prior to surgery. As a result, I have been amazed and humbled by how quickly my body opened up. The heat and the poses were extremely detoxifying and therapeutic for my pain. After a week of returning to yoga I was virtually pain-free and I felt like I had my body back.

I am unbelievably grateful for my yoga practice and for the Bikram Yoga Stockton instructors that have guided me through and incredibly challenging time in my life. Even though I have only been practicing for about a year, I can't imagine my life without yoga.

My advice to you is that no matter what you may be going through, your strong yoga practice can be an invaluable part of the solution. Rededicate yourself to your practice today in order to ensure that you can face any challenges that lie ahead. 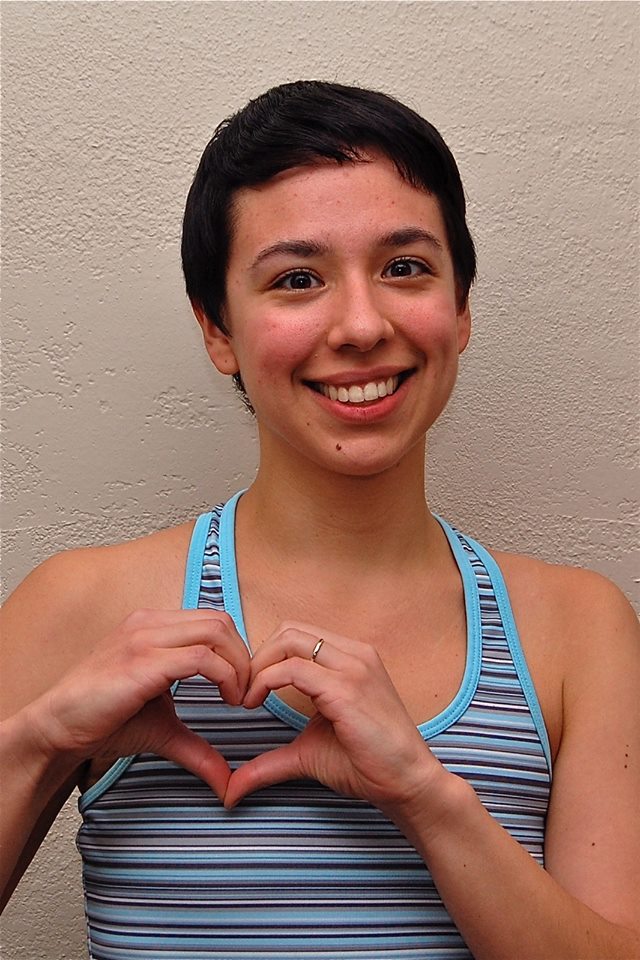 Update: This photo was taken 2-3 months after her surgery. It has now been 6 years since Veronica's open heart surgery. Veronica says she is continually grateful to her practice for getting her through all the ups and downs of life. And she is also grateful for all of the healers in her life including Nicole from New Leaf Ayurveda, Dennis Wong, and Dr. Moore from UCSF. She also can't believe how short her hair was in this picture!

To the courageous and inquisitive

To the courageous and inquisitive: True You Hot Yoga is the healthy commitment that teaches discipline is the pathway to freedom.